Our team relies on a vast expertise, experience, and passion for sailing, boat design and construction, as well as life aboard. All of us complement each other in different areas providing the best and most comprehensive theoretical and practical knowledge ranging all the way from psychological aspect of decision to transition from land to sea life all the way to setting sail in a most efficient, cost effective, safe, and well organized manner. 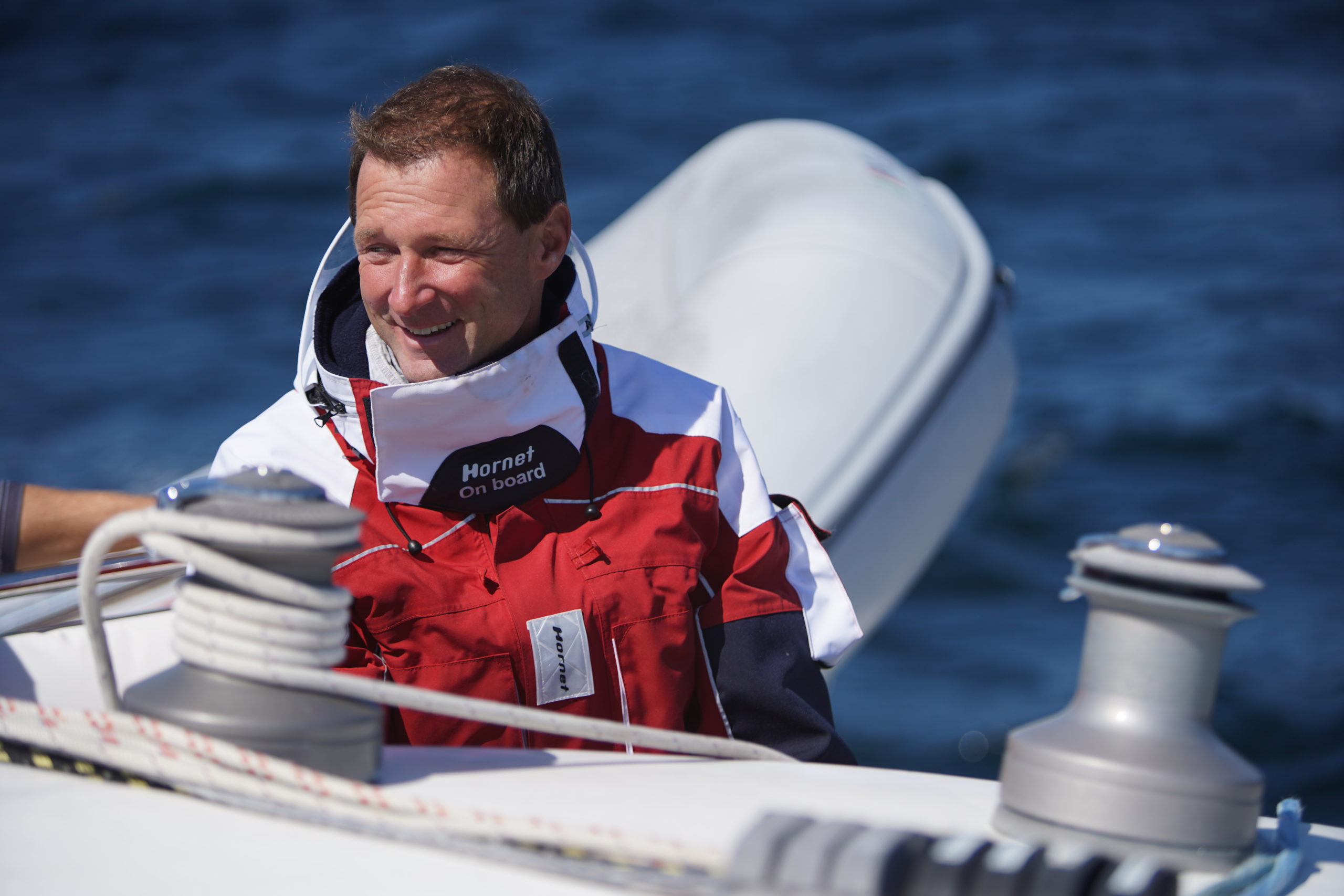 former software engineer used to design and implement software for biotech companies while still in a university, shortly after became and airline pilot, while setting up a successful photo studio in NYC, and in Warsaw. Sailing has been the first love of his life and it remains that way to this day. SailOceans and life aboard a sailboat as a family was originally his brainchild fully adopted and supported by his wife Ania when they met. Graduate of Rutgers University with finance and IT degrees, as well as technical school in Poland with electronics profile. Sailed since 10 years old, and offshore since 13. Crewing various types of sailboats ranging from racing beach catamarans all the way to offshore performance multis for a total of about 80000 miles on both sides and across the Atlantic. Left at least 70000 miles in his wake as a captain of various monos and multis. Since 2014 clocked 45000 miles with his family aboard their new trimaran. Spent 15000 hours in the air piloting Boeing aircraft across the Atlantic, Pacific, and Americas. Ambassador for Predictwind weather routing software. Remains and invaluable resource of all aspects of knowledge related to sailing, life aboard, boat maintenance, as well as solutions and boat design. Musical multiinstrumentalist, tantric coach, and conscious living advocate. Boating expert in the areas of: electrical and electronic systems, hydraulics, steering and other mechanical systems, software, hydro and aerodynamics. Project designer, coordinator, and manager for various projects Neel 50 rebuilt and an Outremer 49 construction and handover inspector and manager. Yacht deliveries and sea-trials of Outremer, Neel, Catana, Lagoon, and Sunreef.

graduated University of Wroclaw in Economics, former co-founder and CEO of a finance advisory company she took public on a Warsaw Stock Exchange. In 2013 turned her attention to become a mother and sailor. Since 2010 organized numerous charters in the Caribbean and the Med. Since 2015, living aboard a performance, cruising trimaran “Poly”, while developing SailOceans brand name on www, producing video for YouTube channel, and Facebook, raising 2 boys, assisting in organizing charters in the Caribbean. Singlehandedly packed up the land house and moved the family aboard the sailboat in 2015. Just before, assisted in numerous key decisions regarding a year long redesign, rebuild of the new floating house. Since then counted about 50000 miles all around the Atlantic both as a crew and the captain. Invaluable source of knowledge when it comes to logistics, organization, provisioning, psychology of family crew in long term blue water cruising. Consulted many cruiser’s on a transition from land to sea life both for friends at first and later as part of this project. Yacht deliveries and sea-trials of Outremer, Neel, Catana, Lagoon, and Sunreef. Loves her ukulele and guitar. Meditation, tantra, and yoga teacher.

invaluable partner, closely tied to the project Poly-SailOceans and Dawidowski family since 2015. Extensive experience in captaining large multihulls and monohulls, since 2015 naval architect for Sunreef Yachts responsible for creation of Sunreef  50 – 150 ft motor and sail catamarans, background in physics, hydrodynamics, yacht design. Known for highly innovative hull design, composite structures, rigging, sailplan, and deck equipment and plan design, and implementation of uncompromising quality for over 70 Sunreef catamarans. Famous for taking great risk defending his solutions against cost cutting with great integrity. Source of vast practical knowledge of equipment available on the market and its suitability for particular projects. Experienced charter and delivery captain in both Caribbean and the Med.